How Coffee Shops Started And Began To Operate 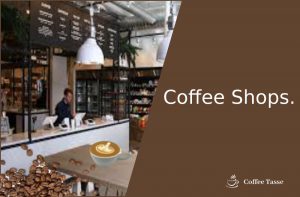 For some people, the coffee shop or a cafe has been a place where they go to not necessarily for the coffee but for the peace of mind, the company or to just spur their creative juices. Some of the world’s best novels and movies were inspired over a cup of coffee. The coffee house as it is known today did not always start out the way it’s seen today. It went through a lot of processes over centuries of years to become what it is now.

History records coffee houses being in existence as early as the 17th century. Although, coffee originally came from Africa, it was made popular by the Arabs of the Ottoman Empire. As a matter of fact they took their coffee so seriously that a woman could divorce her husband if he could not provide her with coffee. It was usually taken very strong and very black unlike the varieties that are on offer today.

Sometime around 1529, Europe established the first coffee house. It was brought over from Turkey by the Turkish army when they invaded the city of Vienna during the war. In flight, they were left behind and Franz Georg Kolschitzky discovered them and went on to establish the first coffee house in Europe. He recognized their value because he once lived in Turkey and had witnessed how it was enjoyed and valued over there. He probably did not favour the unfiltered and unsweetened way the Turks enjoyed it because he introduced filtering and sweetening of the coffee.

People began to fall in love with his brew, some went on to establish their own coffee house and from there, the concept of establishing coffee houses grew exponentially. The first coffee house in Britain was built around 1652 but it was called “penny universities” then because that was what was charged for a cup of coffee back the and only the upper class could be found there. It grew to become a place where gentlemen had their business dealings done. History has it that Lloyds of London insurance company began in a small coffee shop owned by Edward Lloyd. The coffee houses also played host to a lot of political, economic and social talks and it also served as delivery posts as there were no mail boxes back then,

The idea then grew to other parts of the world and eventually, got to America but by the 18th century people’s taste began to turn to tea which was made popular by Queen Catherine, wife of Charles II. The few coffee shop that continued running operations began to charge the public membership fees and the coffee shop soon became known as the “gentleman’s club”.

In the 1960’s it became a hub for entertainment as a lot of notable performers like Bob Dylan and Lightning Hopkins all began their music careers from various coffee houses. The coffee houses were also used as avenues for outreaches by churches and individuals between 1965 -1970.The coffee houses were so designed in a way that families could come together enjoy a bit of music or whatever was on at that the time, generally relax and catch up with all that had been happening around them. The coffee houses served full meals and featured a restaurant-like atmosphere. In some parts of the globe, coffee shops also serve alcohols, pastries and hot food.

Coffee has undergone a lot of changes through the years; from the unfiltered black liquid being enjoyed by the Turks to the addition of cream in Europe but today we have so many varieties with new recipes being discovered almost every day. The coffee shops themselves do not just serve only coffee, they also offer tea, hot chocolate and a few other variations of warm drinks to their patrons. You could also have decaffeinated coffee if you so desired. The espresso is one drink that has undergone a great many twists, it is usually made by forcing steam through the coffee beans at a very high pressure courtesy of the espresso machine. It has also served as the foundation for different variations of coffee drinks.

One of the most popular places Americans get their coffee is Starbucks. Starbucks established its first shop in Seattle 1971. Over the years they have opened several stores in different cities, operating a wide chain all over America and presently boast of over 8000 store locations across the country.

In the 1990’s the birth of the internet once again caused coffee houses to pivot. Internet was introduced to coffee shops and it sort of became an internet hub. One could come in, get a cup of coffee while making use of the internet. At a certain point in time we came to recognize them as internet cafes. Although we do still do have traditional coffee shops, there is no doubt however, that coffee shops have indeed embarked on quite an interesting journey.